How much is a Trillion Dollars?

Politicians and the media avoid startling us by explaining what “7 or 8 Trillion Dollars” denotes, and so we turn to the occasional blogger, myself included, who attempt to provide a handle on what these colossal figures represent. For example:

OK, so you get the picture? Here’s another angle you shoppers might relate to.

Spending $1,000 per second, it would take almost three decades to spend 1 trillion dollars! (–And obviously 1 Trillion is only a fraction of $8.5 trillion being offered on our behalf.)

Applying a “trillion” to Time,

Might that be an indicator how long it may take the children of our children’s offspring to begin to pay off the National Debt?!

Posted by Grant Montgomery at 1:29 AM 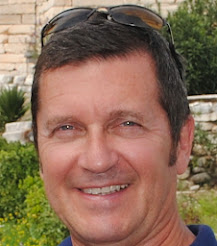 Photo©2011 Grant Montgomery. Not to be used elsewhere or replicated without permission.